The Senate adopts the budget framework law on the finance Act

On June 22, 2017 the upper house of the parliament reviewed and unanimously adopted the framework law on the finance Act and the report nº 265 of the Economy and Finance Commission, in the presence of the Minister of Finance, honourable Calixte Nganongo and honourable Digne Elvis Tsalissan Okombi, Minister responsible of relations with parliament.

It was at the forty fifth ordinary session of the Senate that the Economy and Finance Commission tabled the report and the framework law for consideration.

The framework law on the finance Act is an introduction of the directive n°1-11-UEAC-190-CM-22 , December 19, 2011 of the Economic and monetary Community of Central African States (CEMAC) on the harmonized community provisions on the finance Act. On October 1, 2016, the bill was approved by CEMAC.

While tabling the framework law bill on the finance Act, the Minister of Finance, honourable Calixte Nganongo, noted that «the bill is about the main changes from the directives of CEMAC.

Part of the changes are : the introduction of an open policy debate in parliament on the basis of short term framework documents before the debate on the finance Act of the year n+ 1 before July 1 of each year and the virtuous circle of the discharge law. In fact, the parliament must know the state of imple-mentation of the finance Act n-1, being aware that finance Act n+1 review may be delayed. As such, the discharge law has to be reviewed before the finance Act bill of the year n+1, the appointment of programme officers in the various ministries , the decentralization of scheduling of government expen-diture, the Minister of finance being the sole chief authorizing officer of the government expenditures, the taking into account of the prime minister, head of government, in the budget making process in accordance with our new constitution», he said.

Answering questions about the delay noticed since 2012 in the introduction of the open policy debate in accordance with the directive n°1, December 19, 2011 of CEMAC, Minister Nganongo mentioned the weaknesses of the law n°20-2012 , September 03, 2012 on the framework law on the state financial system. Part of the weaknesses is the absence of a budget open policy debate in the annual process of budget making. This a major change from the directive of CEMAC on the finance Acts. This bill gets things right» he declared.

As regard the appointment of programme officers in the various ministries and the improvement of the chain of expenditure, honourable Calixte Nganongo said that the programme officer is a new budget actor in charge of the determination of the objectives of his programme, the apportionment and management of appropriations and jobs. He also takes care of the management dialogue and of the internal monitoring in the course of the budget implementation».

Minister Nganongo made it clear that the programme officer is appointed by the minister on whom he depends on. The document appointing the officer has to detail the conditions of delegation of powers of an authorizing officer to him and has to be sent to the ministry of finance for information. The appoint-ment of programme officers in the various ministries can only take place once the programme budget is drafted and voted. According to the Minister of finance, the presence of programme officers in the ministries is certainly going to alleviate the burden of the chain of expenditure, say improve it.

Deadline for tabling the discharge law to parliament

Article 155 of the constitution provides that the discharge law bill is tabled to parliament and disseminated at the end of the year at the latest, that is the year following the year of implementation. In other words, the deadline is set for December31 of the year following the year of implementation. Yet, this framework law introduces the principle of «virtuous circle». Within this line, the next year budget (n+1) cannot be reviewed as long as the discharge law of the previous budget of the current year has not been tabled to parliament. This provision enables the parliament to review the implemen-tation of the previous budget authorizations before considering future authorizations. In other words, the best course would be to table the discharge law during the first week of october at the latest (al-most at the same time as the finance Act of the year n+1).

It is worth mentioning that though various changes have been introduced by the framework law of 2012, their effective implementation was postponed and scheduled for January 1, 2020. In other words, the progress made cannot be assessed until the programme budget is voted by the parliament and implemented» the Minister precised.

The implementation of the programme budget and of the decentralization of scheduling have prerequites, which are particularly:

The main measure is foremost the computer interconnexion of the expenditure and revenues chain. It is now a real concern for our department because without the interconnexion of the public finance management information systems, the decentralization of scheduling would be difficult even impossible to implemen. Yet, the prerequisites have been completed earlier than expected. Reforms may be implemented before January 1, 2022.

In the field of the training, the initiatives of CEMAC should be hailed , as it organizes training workshops for trainers in various fields(for budget officers, accountants, monitoring officers, members of parliament and members of court of auditors). The trainers, once trained, will be deployed in the various states so that they hand over the lessons learned to a great number of people.

On its part, the government places a great importance to capacity building of public administrations officers based on appropriate training programmes.

Moreover, the training programmes of Ecole Nationale d'Administration et de magistrature (ENAM) will be reconsidered and adapted to the reforms in order to ensure the training of the staff on the mechanisms of programme budgets.

Financial system of local communities pursuant to the framework law

Law n°30-2003, Octobre 20, 2003 on the introduction of a financial system for local communities may be modified by taking into account the principles and rules contained in the framework law bill. 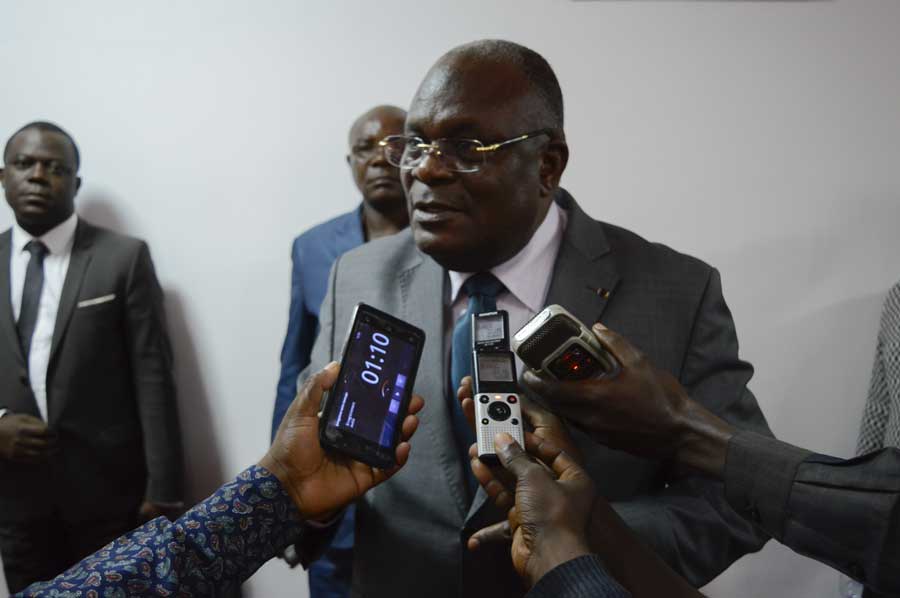