Two members of the Government, namely Emile Ouosso, of Special Economic Zones and Economic Diversification, and Ludovic Ngatsé in charge of the Budget, launched on Wednesday 23 June 2021, the sanitation operation of the Special Economic Zone of Maloukou, located 70 km in the North of Brazzaville.

A hundred young people from the village of Mandielé and its surroundings (Ignié district, Pool department), have been mobilised to clean up the site of the industrial park of the Maloukou SEZ on a permanent basis. To accomplish this task, the government provided them with the necessary sanitation equipment, consisting of wheelbarrows, shovels, rakes, machetes and pitchforks, in exchange for a daily bonus of 6,000 CFA francs each.

This operation is part of the High Labour Intensity (HMO) approach to employment of young people in the community surrounding the site.

According to Mrs. Lydie Oboa, Director General of the Public Portfolio, under the Ministry of Finance, Budget and Public Portfolio, "the Maloukou industrial park has 16 factories manufacturing construction materials. For the time being, 4 factories are operational'.

For his part, Emile Ouosso, who recently visited the site on 8 June 2021, noted that the Maloukou transformer station, which will supply this SEZ with energy, is under construction. 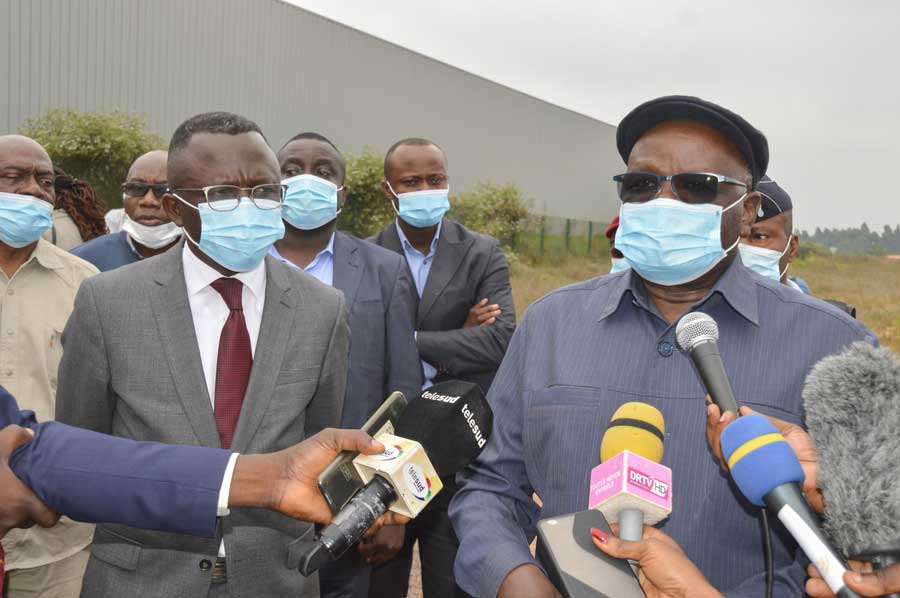