Pointe-Noire taxpayers and the Kouilou tax authorities sensitized on the E-TAX application
22 Jun, 2020

Modernizing the Congolese Tax Administration to bring it up to international standards is an important step in the reforms made and those under way in the Ministry of Finance and Budget. It is within this framework that the Directorate of Information Systems (DSI) and the Directorate General of Taxes and Domains (DGID) organized from 22 to 23 June 2020 in Pointe-Noire, a workshop to raise awareness among taxpayers and tax administration staff on the future Tax Management System called E-TAX. This is a prelude to the official launch of this application in the coming days.

Thus, the Pointe-Noire workshop, which comes a few weeks after the one held in Brazzaville, was attended in turn by Ngoma Mboukou Wilfrid, Reforms and Accounts Adviser of the Minister Delegate in charge of the Budget, Ludovis Ngatsé; Ludovic Itoua, Director General of Taxes and State Property ; to Guy Noêl Londongo, Director of Information Systems; to Lambert Ifoko, Director of Taxation of Large Enterprises and finally to Mrs Jodicia Moukouyou, IT Project Manager, to present not only the interest, but also and above all the many advantages of the E-TAX project, both for taxpayers and the tax administration.

"The E-TAX project has two components, namely: the internal management component of the tax administration, and the taxpayer management component. The E-TAX application will enable taxpayers to access their tax file held by the administration in real time and to work from home without having to travel, thanks to its teleservice or tele-procedures reach. The tax administration and the taxpayer will thus have the same level of knowledge of the tax file, which represents a real advantage for the taxpayer. Because operations, administrative formalities and the payment of taxes and other charges will now be done online", Lambert Ifoko emphasized.

Thus, with the interconnection of services, E-TAX will offer the major advantage of making available to other administrations, information known to the tax administration, through the declarations of taxpayers, which information could enable them to take useful decisions to make the collection of taxes and other taxes profitable, with a view to strengthening the governance of all the administrations under the supervision of the Ministry of Finance and Budget.

The E-TAX project undoubtedly modernizes the DGID's information system. Initially, it will only take into account VAT, additional cents and excise duties.  Other taxes will gradually be integrated into the application.

So far, a whole range of Congolese taxes continues to be managed manually, including registration duties and property registration, which are not yet computerized. However, E-TAX will eventually take into account the management of all taxes registered in the General Tax Code.

In addition, among the reforms envisaged at the Ministry of Finance and Budget since the arrival of the Minister of Finance and Budget, Calixte Nganongo in 2016, are the SYSTAF automated tax processing system, the E-PAY project, the project on the new secure and biometric NIU, the invoicing machine, among others.

The workshop in Pointe-Noire edified participants enormously on how to connect to the E-TAX application, how to access the taxpayer portal, how to have the account number of the tele-filer, how to make his declaration online, how to make his payment online, as well as the margins and penalties in accordance with the provisions of the Finance Act.

Taxpayers for their part, visibly interested in these reforms that will help fight against tax fraud and evasion, have expressed their willingness to take ownership of the E-TAX application. They have suggested that the range of banks and other financial institutions regarding the E-PAY application, the online payment, should be widened. 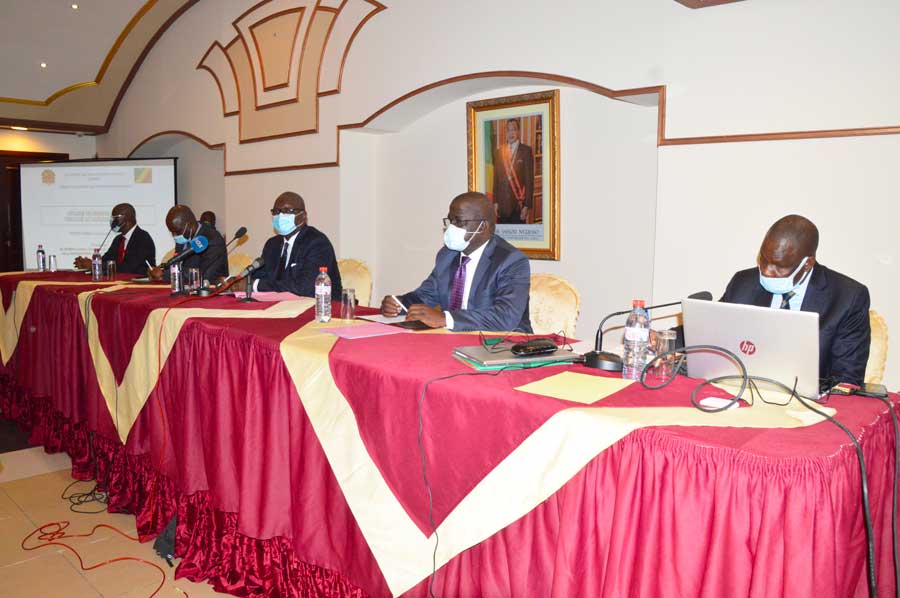