Three Financing Agreements signed between the European Union and Congo

25 million Euro grant to support three projects in the areas of digital technology and professionalization of the Congolese police force
19 May, 2022

Rigobert Roger Andely, Congolese Minister of Finance, Budget and Public Portfolio, and Giacomo Durazzo, Ambassador of the European Union in Congo, signed on Thursday, May 19, 2022 in Brazzaville, three Financing Agreements, totalling 25 million Euro, for the implementation of three projects in the fields of digital, professionalization of the Congolese Police and the transversality of the partnership between the two parties.

The ceremony took place in the presence of two other members of the Congolese government. In this case, Raymond Zéphirin Mboulou, Minister of Security and Public Order, and Léon Juste Ibombo, Minister of Posts, Telecommunications and the Digital Economy.

These funds committed by the EU are part of priorities 1 and 3 of the Multiannual Indicative Program (MIP), concluded in December 2021 with the Republic of Congo.

Priority 1, from which the first project is drawn, is entitled: ‘’Economic governance and transition to a green, diversified and digitalized economy’’. This first project is financed to the tune of 15 million Euro (more than 9.8 billion CFA F), to support digital transformation in the Republic of Congo.

Priority 3 of the PIP, from which the second project is drawn, is entitled: ‘’Democracy, Human Rights and Participatory Governance’’. The EU has committed 5 million Euro (more than 3.2 billion CFA F) to prevent all forms of torture and degrading or inhumane treatment by supporting the professionalization of the Congolese police and the establishment of ‘’model’’ police stations. This pilot project will include measures to strengthen democratic and institutional control of police action and respect for victims and the rights of persons deprived of their liberty, as well as measures to train staff and rehabilitate or renovate the buildings of the selected police stations and equip them.

Finally, the third project, for an additional 5 million Euro (3.2 billion CFA F), is devoted to ‘’cross-cutting measures in the partnership between the EU and Congo’’, which will make it possible to maintain flexible and responsive bilateral cooperation; to take better account of cross-cutting and cultural issues by dedicating specific actions to them; and to support collaboration with the Ministry of the Economy, Planning, Statistics and Regional Integration, the focal point of the partnership between the two parties.

These three new projects are the first effective actions financed under the Neighborhood, Development Cooperation and International Cooperation Instrument (IVCDCI-Europe in the World), which succeeds the European Development Fund (EDF). 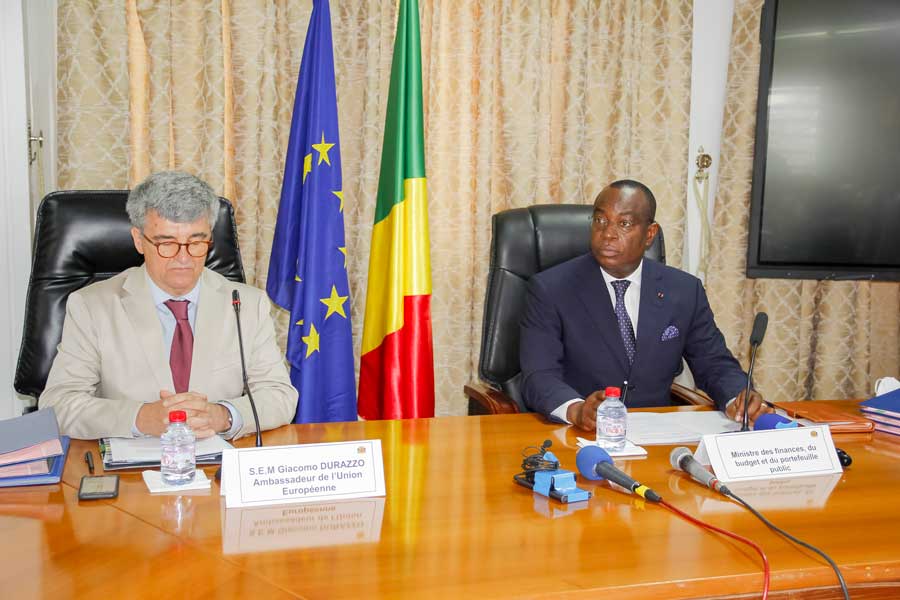