The Congolese Minister of Economy and Finance, Jean-Baptiste ONDAYE, and his colleague in charge of the Budget, Public Accounts and Public Portfolio, Ludovic NGATSE, both participated this Thursday, October 6, 2022, in the interministerial meeting of the UMAC (Monetary Union of Central Africa), organized at the headquarters of the Bank of Central African States (BEAC) in Yaoundé, Cameroon.

During this ministerial meeting, participants discussed the issue of the recruitment of Senior Management Officers (SMOs) at the BEAC.

Ministers who attended the meeting also reviewed the overall state of the various economies of the community's member countries.

Thus, Jean-Baptiste ONDAYE took the floor to present the macroeconomic situation in the Republic of Congo which, after two consecutive years of recession (2020 and 2021), is returning to growth.

This performance is linked, on the one hand, to the good performance of the oil sector, the resumption of investments in the said sector and the entry into production of the BOATOU oil field expected in 2023; and on the other hand, to the rebound of the non-oil sector with the implementation of the National Development Plan which aims, among other things, to diversify the national economy, the continuation of the programme with the International Monetary Fund and the Economic and Financial Reforms Programme of the Community of Central African Member States (PREF-CEMAC).

With regard to inflation, the Minister of Economy and Finance, Jean-Baptiste ONDAYE, said that it is essentially due to the disruption of supply circuits caused by the Ukrainian conflict.

This situation would have the effect of exerting strong pressure on prices, which would be on the borderline of the community norm, which is 3%.

At the end of this meeting, the experts as well as the technical and financial partners joined the ministers in a tripartite consultation, in order to prepare the IMF-World Bank annual meeting to be held from 10 to 16 October in Washington (USA). 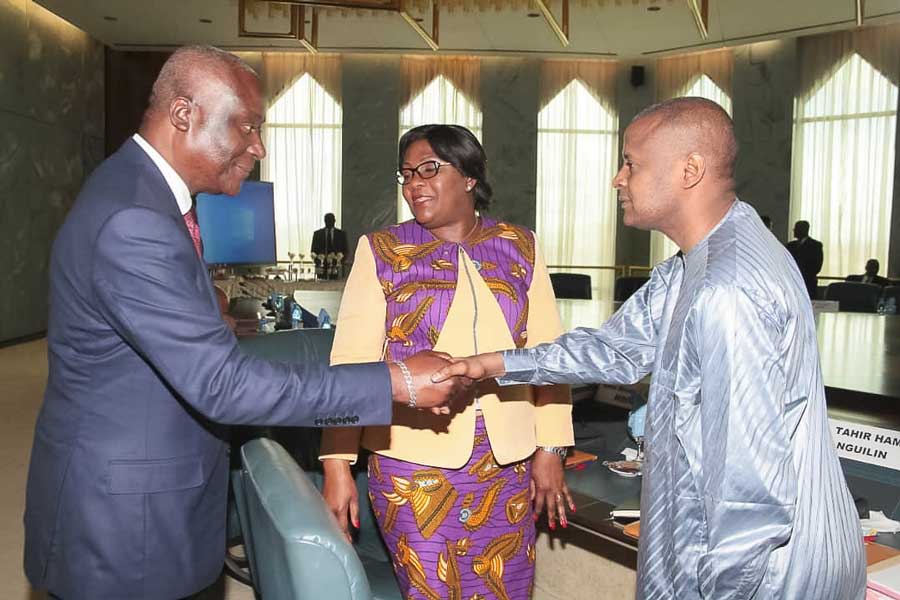