As part of the implementation of the G-20 Debt Service Suspension Initiative (ISSD) of April 2020, Calixte Nganongo, Congolese Minister of Finance and Budget, and Mâ Fulin, Ambassador of the China People's Republic, signed an Agreement to cancel part of Congo's debt. This cancellation mainly concerns two interest-free loans due in December 2020, worth 7.8 billion F CFA.

The ceremony, which took place Saturday, February 13, 2021 in Brazzaville, materializes one of the highlights of the June 2020 China/Africa Extraordinary Summit on Solidarity against Covid-19: that relating to the cancellation of loans falling due at the end of December 2020. This Extraordinary China-Africa Summit thus goes beyond the April 2020 ISSD fact sheet, approved by the G-20 and the Paris Club, which consisted of suspending debt service for the period from 1 May to 31 December 2020.

The Chinese diplomat took the opportunity to underline his country's commitment to increase its support to African countries hard hit by the health crisis and subject to strong budgetary pressures.

For its part, the Congolese side wished that the extension of the ISSD, decided by the G-20, be opened up to the other components of Congo's debt to China, in accordance with the statement of President XI jinping at the Extraordinary China/Africa Summit. The Congolese side is also convinced that China, which has extended the suspension of debt service payments for the period from 1 January to 30 June 2021, will support it in these difficult times. 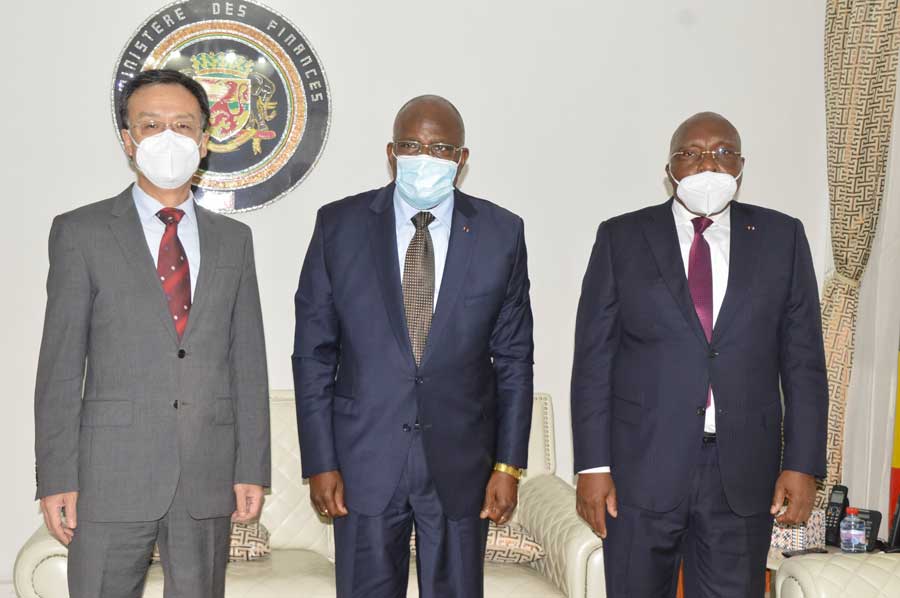