An amendment to the Agreement on the suspension of Congolese debt service to France extends the deadline to 30 June 2021
16 Apr, 2021

The Congolese Minister of Finance and Budget, Calixte Nganongo, accompanied by his colleague in charge of Budget, Ludovic Ngatsé, and the French Minister Delegate to the Minister of Europe and Foreign Affairs, in charge of Foreign Trade and Attractiveness, Franck Riester, signed, on Friday 16 April 2021 in Brazzaville, an amendment to the Agreement, extending the period of suspension of the Congolese debt service to France until 30 June 2021.

This Agreement is part of the G20 and Paris Club Debt Service Suspension Initiative (DSSI) of April 2020, to support vulnerable countries facing the impacts of the health crisis. The resources thus released will be allocated as a priority to finance expenditures aimed at mitigating the health, economic and social impact of the COVID-19 pandemic, for the benefit of the most vulnerable populations in Congo.

It should be recalled that the first Congolese debt service suspension agreement was signed on 15 December 2020, in Brazzaville, between the French Ambassador to Congo, François Barateau, and the Congolese Minister of Finance and Budget, Calixte Nganongo. 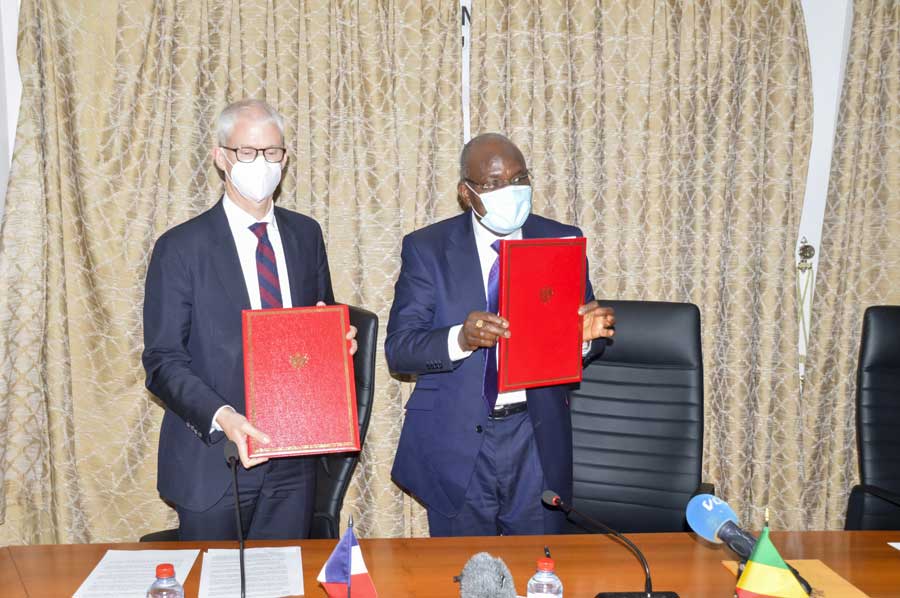