Signing of the Agreement on Debt Deferral with France within the Paris Club
15 Dec, 2020

The signing ceremony of the Bilateral Agreement between the Republic of Congo and France within the framework of the Debt Service Suspension Initiative (ISSD) took place on Tuesday 15 December 2020 in Brazzaville. The solemn act was performed on the Congolese side by the Minister of Finance and Budget, Calixte Nganongo, accompanied by his colleague in charge of the Budget, Ludovic Ngatsé, and on the French side by his Ambassador, François Barateau.

This Agreement is part of the Debt Service Suspension Initiative (ISSD), adopted on 15 April 2020 by the Paris Club and the G20. This temporary suspension ran from 1 May to 31 December 2020, with the aim of enabling the countries (including Congo) that benefit from it to meet the considerable liquidity needs to cope with the Coronavirus epidemic and thus protect the lives and livelihoods of those most at risk.

With the signing of a Memorandum of Understanding on 9 June 2020, the Paris Club recognised the Republic of Congo as eligible to benefit from this initiative. For its part, the country has committed to devote the resources freed up by the initiative to finance expenditure aimed at mitigating the health, economic and social impact of the pandemic.

"France was the first to support the idea of extending the ISSD initiative beyond 2020 until June 2021. It has since been joined by many other countries," said François Barateau.

Moreover, the latter stressed that France supports the Congo's request to the International Monetary Fund (IMF) in May 2020 for emergency aid to deal with Covid-19.

The French diplomat took the opportunity to announce the holding of a high-level summit on the financing of African economies to be held in May 2021 in France.

For his part, the Minister in charge of the Budget, Ludovic Ngatsé, indicated that his country is committed to requesting from all its other official bilateral creditors a debt service treatment in line with the Debt Service Suspension Initiative (ISSD) approved by the G20, the Paris Club, on 9 June 2020. 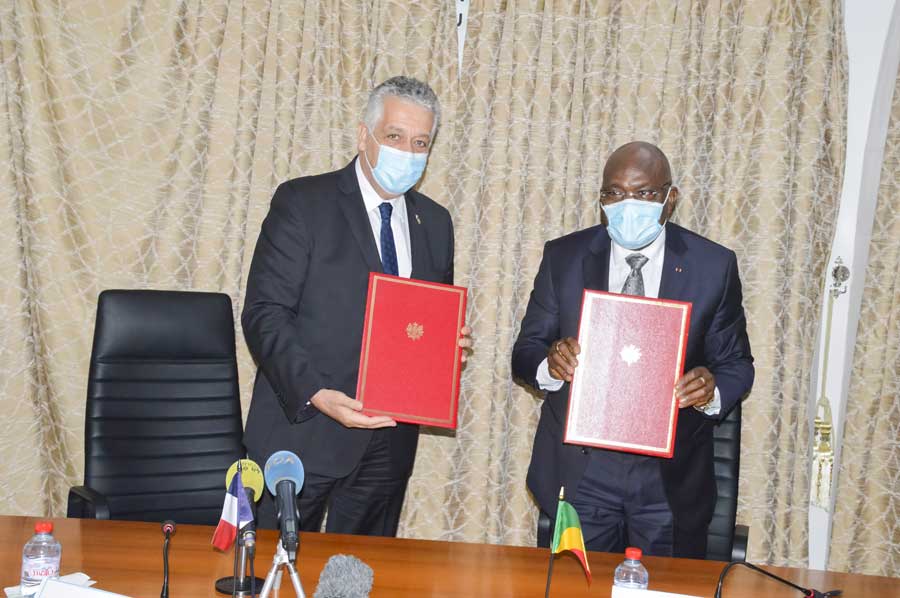