UGE Pointe-Noire staff determined to meet the challenges of a new era.
26 Jun, 2020

On Friday, June 26, 2020, the Minister Delegate continued his tour in the services of the tax administration of the economic capital, among others, the Large Enterprises Unit; the Petroleum Tax Unit (UFP); the Office of the Advance Payment on Various Taxes (BASDI) .

"As far as we, the Large Companies Unit (LCU), are concerned, we have, as of today, made issues that are able to cover the expectations of our hierarchy. As the Minister spoke of the gap, with our issues, if our colleagues at the Treasury do the collection well, we believe that there will be no problems at our level," said Michel Ngassaki, Senior Tax Inspector, head of the UGE Pointe-Noire, who also pinpointed the need for training. With the restoration of the control of the Value Added Tax (VAT) by the UGE, the four divisions of this structure, namely Management, Control, Revenue and Information Technology will do everything possible, mobilizing their teams and redoubling their efforts in the field to achieve the assigned objectives, added the head of UGE Pointe-Noire.

The Minister Delegate to the Minister of Finance and Budget, in charge of the Budget, Ludovic Ngatsé went to inquire about the realities on the ground and the operating conditions of other services. He visited the Office of the Advance Payment on Various Taxes (BASDI) located at the entrance of the Autonomous Port of Pointe-Noire, the Petroleum Taxation Unit (UFP), the Registration, Domain and Stamp Office (BEDT) of Pointe-Noire centre, and the General Audit Brigades, of Tax Investigations, and Cross-checking, the Land Registry, the National Tax Verification Brigade (BNVF) branch in Pointe-Noire, the Large Enterprises Unit (UGE), and finally the Departmental Directorate of Taxes and Estates of Kouilou (DDIDK). The Minister returned with emphasis on the performance contract, with the ultimate achievement of results.

In a firm and resolute tone, Ludovic Ngatsé invited the inspectors of the National Verification Brigade, Pointe-Noire branch, to have a national consciousness that consists in putting the interests of the State first. This implies that only competence should count, and it is with competent audit inspectors that the tax administration must achieve the objectives set.

For their part, the staff have expressed grievances, mainly concerning the pressing need for training. The UGE, for example, manages specialized services such as banks, insurance, forestry and oil, which have special accounting, noted the head of the UGE Pointe-Noire, Michel Ngassaki, who acknowledged that the accounting practiced at the level of oil is different from that done at the level of commercial enterprises, insurance. Hence the interest to be trained in these fields for more efficiency in the work. 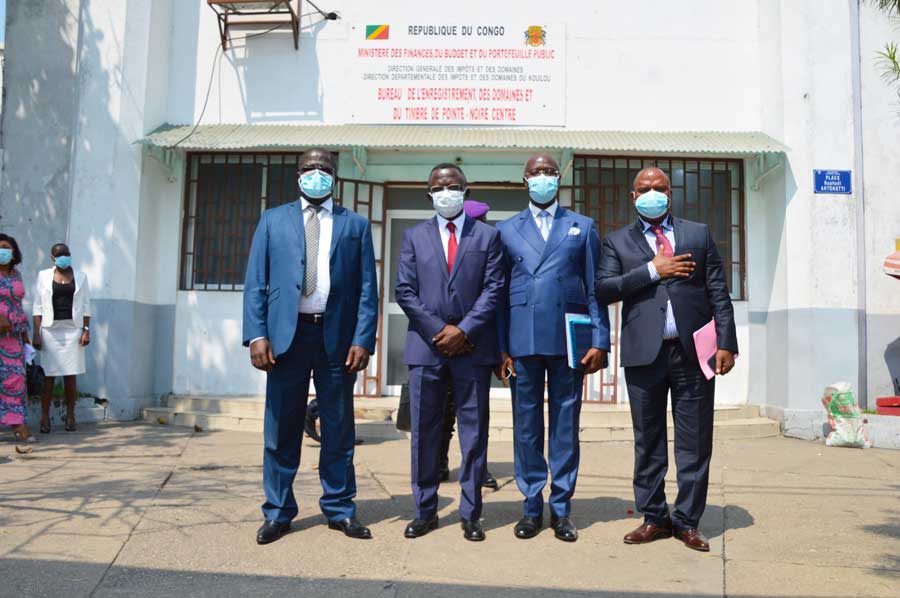