On Monday, 10 August 2020 in Brazzaville, the Minister of Finance and Budget, Calixte Nganongo, cut the symbolic ribbon marking the inauguration of the cell of the new Unique Identification Number (NIU). In the presence of two members of the Government: Yvonne Adélaïde Mougany, Minister of Small and Medium-Sized Enterprises, Handicrafts and the Informal Sector, and Ludovic Ngatsé, Minister Delegate in charge of the Budget.

The unique identification number is a compulsory registration of the taxpayer (natural and legal person), issued by the Directorate General of Taxes and Domains. The new NIU was implemented by the Information Systems Directorate (DSI) of the Ministry of Finance and Budget.

It is characterized by the taking of fingerprints, the iris of the eye and the QR code (a type of two-dimensional barcode made up of black modules arranged in a square on a white background). These three elements are in addition to the text and photo data of the old NIU. This will allow administrators to easily verify the authenticity of taxpayers and prevent individuals or legal entities from owning more than one NIU.

According to the Director General of Taxes and Domains, Ludovic Itoua, "any payment of taxes will be subject to the presentation of the NIU. Any expenditure will be committed, will be liquidated in the budget and will be paid to the Treasury only after the presentation of the NIU. An employee, pensioner or student who has an operation to perform outside the mass payments will have to present his NIU for these operations and financial transactions".

The cell of the new NIU was the subject of a guided tour. It is located on the premises of the Ministry of Finance and Budget, next to the headquarters of the Congolese Agency for the Creation of Enterprises (ACPCE). This Agency (formerly the Centre for Companies’ Formalities - CFE-) is under the supervision of the Ministry of Small and Medium-Sized Enterprises, Handicrafts and the Informal Sector.

On this occasion and on behalf of the partnership in the exchange of data, Minister Nganongo officially handed over to his colleague Mougani, the equipment for the enrolment of enterprises with a view to obtaining the NIU by entrepreneurs at the ACPCE counter.

The ceremony was attended by the two chairmen of the Parliament's Economic and Finance Committees, the Senior Divisional Officer of Brazzaville Department and the Mayor of the Congolese capital. 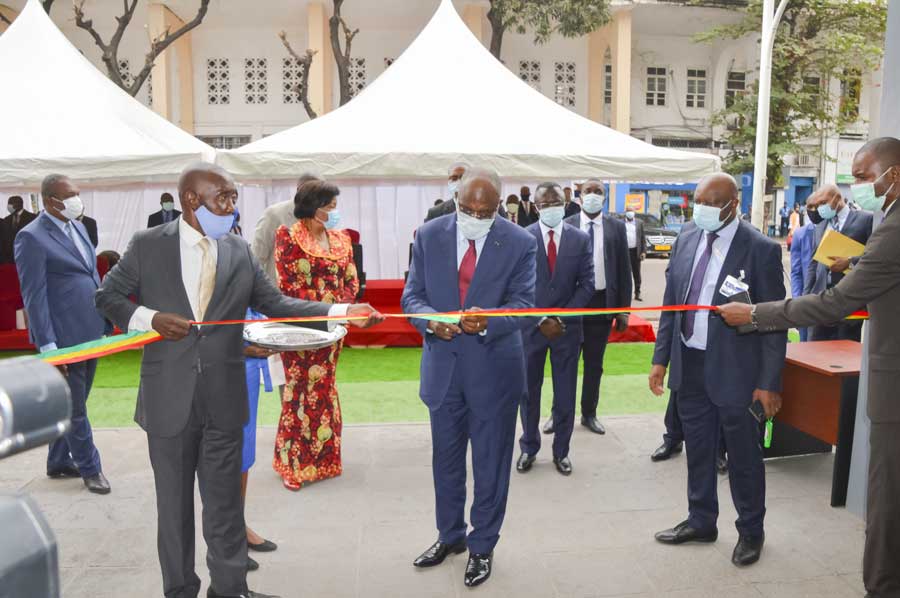