Rigobert Roger Andely, (born June 7, 1953 in Mossaka, Department of Cuvette in Congo-Brazzaville), is a Congolese statesman, central banker, and academic specializing in monetary and banking economics.  He is currently Chairman of the Board of directors of the Sino-Congolese Bank for Africa (BSCA.Bank) and the President of the Regulatory Authority for Public Procurement (ARMP) in Congo-Brazzaville.

Andely attended primary school in Lébango and Etoumbi in Cuvette-Ouest, and attended middle school at the Collège de Boundji in Cuvette. Afterwards he went to the State Technical High School in Brazzaville, where he obtained a French baccalaureate in business management in 1973.

Admitted to the University of Brazzaville in 1973, Andely graduated valedictorian with a Master of Economics in 1977.

After graduating valedictorian with a post-graduate degree in monetary and financial economics from the Clermont-Ferrand University in France, Andely joined the Bank of Central African States (BEAC) in 1979. Assigned to BEAC’s headquarters in Yaoundé, Cameroon, he soon became the head of its Monetary Analysis and Statistics Department. In 1982, he obtained his doctorate in monetary and financial economics.

In July 1987, Andely was seconded to the International Monetary Fund in Washington, DC, where he served as Desk Economist for Benin and Acting Economist for the Ivory Coast and Togo. During this period, he worked on his PhD thesis in economics, entitled “Neoliberal Monetary and Financial Strategy for Development: Application to Sub-Saharan Africa.” In 1988, he successfully defended his thesis at the Clermont-Ferrand University and received first class honors.

Return to the BEAC

Upon his return to the BEAC headquarters in 1990, Andely was appointed Deputy Director of Research and Forecasting. During his tenure as Deputy Director, he initiated four major monetary reforms that continue to guide the BEAC’s current operations. These include: 1) monetary programming, which allowed Central Banks to register their actions in an estimated macroeconomic framework, 2) a renewed monetary policy based on the use of indirect policy instruments, 3) the use of money market instruments instead of direct advances to banks, and, 4) introducing the first studies of the financial market in Central Africa (the Central Africa Stock Exchange).

Minister of the Economy, Finance, and Budget

In 1998 Andely continued his rise at the BEAC when at just 45-years old he was appointed Vice-Governor of the Central Bank, a position which he held until August 2002, when he was appointed Minister of the Economy, Finance, and Budget of the Republic of Congo. As Minister of Finance, Andely led negotiations with the Paris and London clubs that helped significantly reduce Congo-Brazzaville’s debt at a time when the country was considered the most indebted country per capita. During his tenure at the Ministry of Finance, Andely also led the repayment of large domestic debt, ensured the payment of salary arrears to civil servants, completed the process for financing the Imboulou hydroelectric dam, and instituted reforms to promote transparency and good governance in order to spur Congo’s economic growth.

Return to the BEAC and Current Role

After three years as Minister for Finance for Congo-Brazzaville, Andely returned to his role as Vice-Governor of the Bank of Central African States in February 2005. However, following a decision by the Heads of State of the Economic and Monetary Community of Central African States (CEMAC) in 2010 Andely would leave this position due to problems related to unsound BEAC investment funds managed by the Société Générale, although he had no direct involvement in decisions related to the investment funds.

Upon leaving the BEAC, Andely was appointed in 2011 by the President of Congo-Brazzaville as Head of the Regulatory Authority for Public Procurement and in 2012, he joined the International Monetary Fund’s Advisory Group for Sub-Saharan Africa as an Advisor.

Andely has received several honors and awards for his work on Africa, including Orders of Merit from three countries, Ivory Coast, Gabon and Equatorial Guinea, as well as the Congolese Grand Officier de l’Ordre du Mérite .

Andely is a regular speaker at the Center for the Study and Research on International Development (CERDI) at the Clermont-Ferrand University in France. He has also published several articles in French and English on economics, monetary policy, and banking, notably in the BEAC’s “Research and Statistics Bulletin.” He is also a member of the strategy committee of the Foundation for the Study and Research of International Development (FERDI).

He is bi-lingual in English and French. 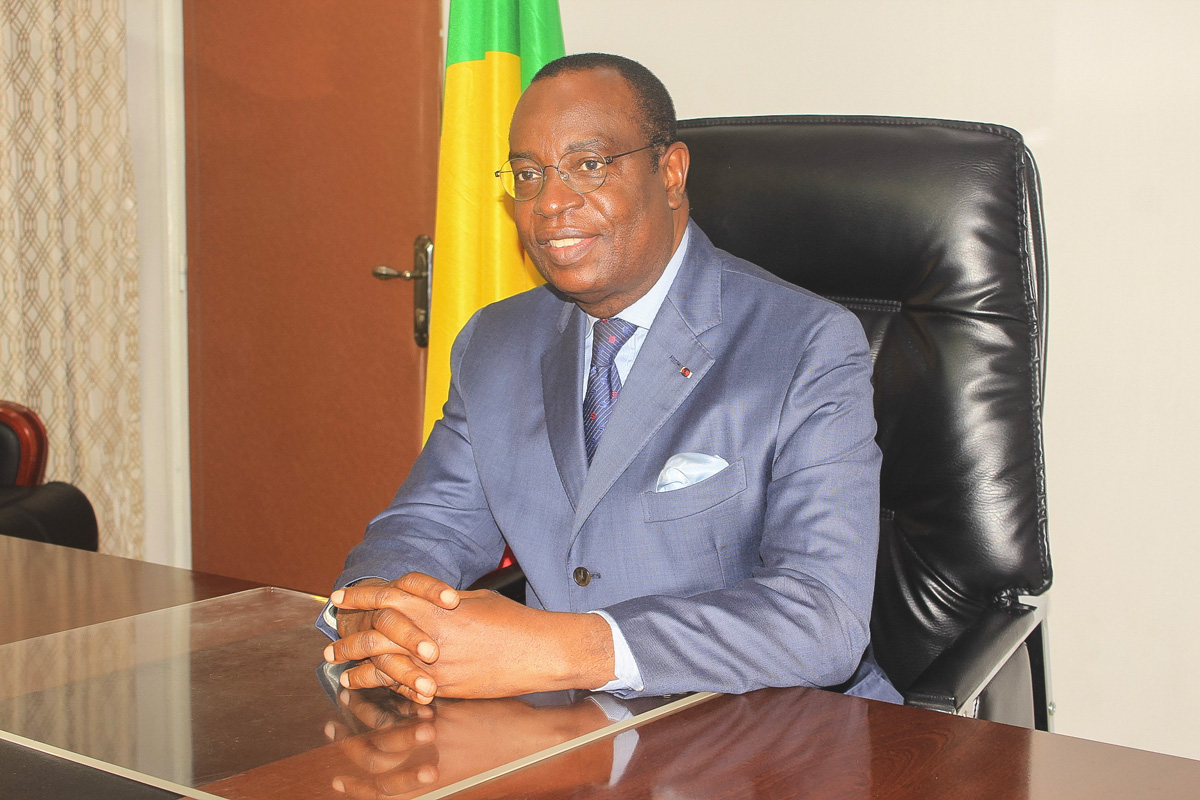