The Minister of Finance and Budget, honourable Calixte Nganongo appointed officers at the Tax andLands Directorate and the Customs and  indirect tax Directorate on July 28th, 2018. The ceremony took place on Friday 27th, July 2018 and was chaired by the Minister's Principal Private Secretary, Emmanuel Akouala- Mpan

He represented the Minister and was along with the administrative and legal advisor Jean Marie Montsagna , the tax and customs Advisor, Guenole Mbongo Koumou. The Principal Private Secretary proceeded with the ceremony related to the taking of office of the Tax Chief Inspector, Saya Moukassa,  as personal tax director, who took over Gilbert Djimbi Poaty who is now retired. Patrice Bokatola Bombo, Chief Tax inspector, took office as director of administrative and financial matters at the Tax and Lands Directorate, who took over Henri Ngatsongo.

As he addressed the newly appointed officers, the Principal Private Secretary put the stress on the quality of assistants obtained through training. " He said that the State revenues  could not be raised if human resources did not have the required skills. Revenues cannot be consistent if  officers do not master the tax  general code and the text which governs the customs."  The three executive officers were welcomed with applauds by their assistants.

Press Department  of the Ministry  of Finance 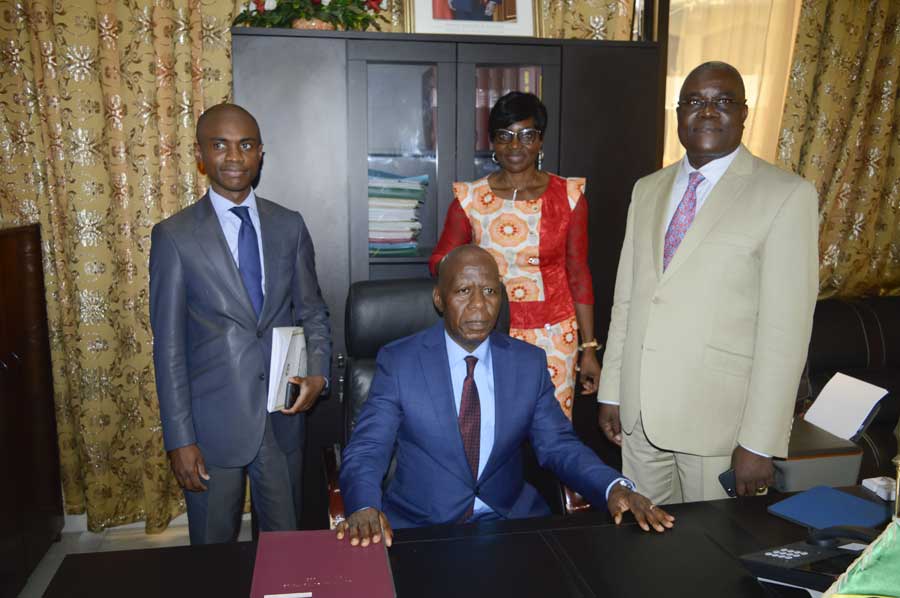