"I am officially launching the E-TAX application of the General Directorate of Taxes and Domains," said the Minister of Finance and Budget, Calixte Nganongo, on Wednesday, July 1, 2020 in Brazzaville, during the official launch ceremony of the new platform E-TAX (Tax Management System) which will replace the former SYSTAF (System for Automated Tax Processing).

This launch, which was marked by a technical presentation-demonstration, made by Lambert Ifoko, Director of Taxation of Large Enterprises and Project Manager Business line E-TAX, comes after the training in the use of this tool by taxpayers of large companies, which took place in Brazzaville and continues in Pointe-Noire.

According to Ludovic Itoua, Director General of Taxes and Domains, "E-TAX opens a new era in the management of taxes in our country. The interest of this solution for all stakeholders is the introduction of remote procedures for declaring and paying taxes and duties; consultation of files on the Taxpayer portal; the completeness of the processing of tax trades; the interconnection with all computer systems administered by the Integrated System of Public Finance Management (SIGFIP); the production of statistics and certificates..".

In short, E-TAX will enable the traceability and transparency of all actions carried out by users.  "With the interconnection of the financial authorities (Taxes, Customs, Treasury, etc.), the State will be reassured that the revenue intended for it will be safe from fraud," added Ludovic Ngatsé, Minister Delegate for the Budget. Today, we can state that the Directorate General of Taxes and Domains has just acquired a tool that brings it up to international standards.

It should be noted that this ceremony was attended by the Chairman of the Senate's Economic and Finance Committee and his counterpart from the National Assembly's Economic, Finance and Budget Execution Control Committee, Jean-Marie AndzibaEpouma and Maurice Mavoungou respectively. 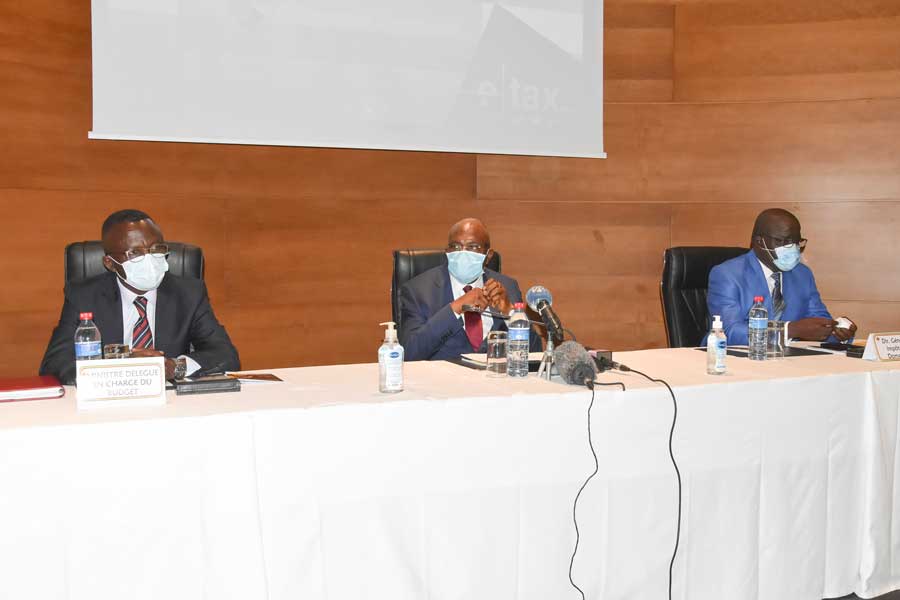