Wednesday 17 and Thursday 18 June 2020, Ludovic Ngatsé, Minister Delegate in charge of the Budget to the Minister of Finance and BudgetCalixte Nganongo, made his first raid on the Divisional Inspections of Direct and Indirect Contributions and Revenues from State Property Registration and Stamp (EDT) under the Departmental Directorate of Taxes and State Property of Brazzaville.

The objective of this round was to encourage officials to replenish the 2020 state budget with non-oil revenues, in this case taxes and duties. As an indication, the expected share of this financial management in the Amending Finance Act is estimated at CFAF 271 billion, compared to CFAF 730 billion in the initial budget.

Each stage of this round was marked by exchanges with the heads of the departments concerned, in the presence of Ludovic Itoua, Director General of Taxes and Domains. This was a perfect opportunity for the Minister Delegate to get a better understanding of the difficult working conditions (material and logistical) of the agents.

In spite of these difficulties, the Minister Delegate urged the agents to make greater efforts to ensure that the revenue from the collection of taxes and duties enables the State to cover the budget. "It is true that tax revenues are now declining due, among other things, to the fall in the price of a barrel of oil and the effects of the coronavirus pandemic which is affecting the whole world. But, thanks to the investments made to improve working conditions, through reforms such as the computerization projects of the financial authorities that are being implemented gradually, some of which (such as E-TAX) will enter into production by the end of June and early July 2020, the results will be encouraging," added Ludovic Ngatsé. "Congo should draw on the experience of many non-oil-exporting countries, such as Rwanda, Senegal and Côte d'Ivoire, to increase non-oil resources, which could contribute to strengthening its future financial balances," he said.

The Press Office of the Ministry of Finance and Budget 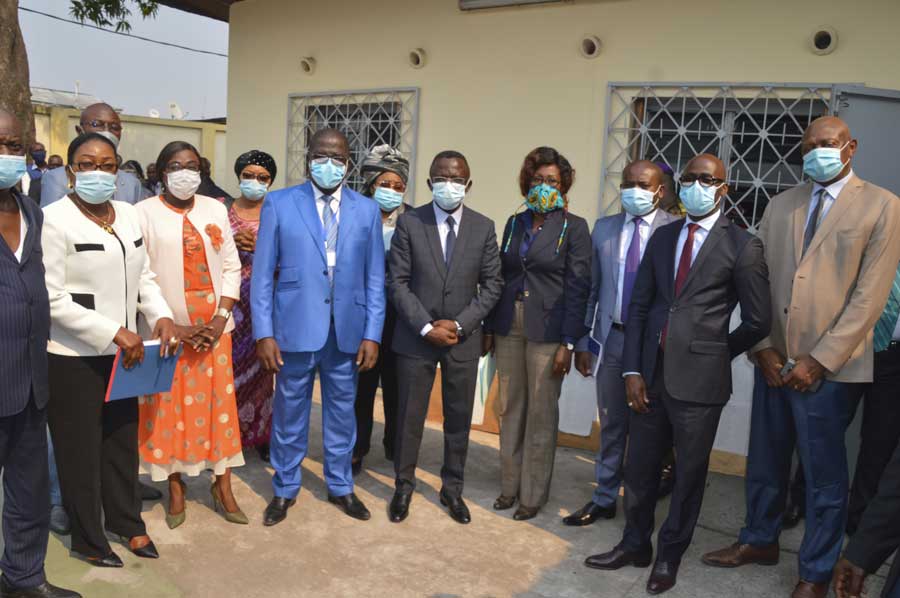