On Monday 20 July 2020 in Brazzaville, the Minister of Finance and Budget, Calixte Nganongo, having at his side his counterpart Delegate for the Budget, Ludovic Ngatsé, opened the work on the project of recasting the General Tax Code and drafting the Book of Tax Procedures.

Three months are allotted for the production of the new law that will replace the current one, some of whose provisions date back to 1958. The new Code will be submitted to both Houses of Parliament before the end of 2020 for adoption.

In his special address, the Director General of Taxation and State Property, Ludovic Itoua, defined the Terms of Reference (TOR) for this mission. It is a matter of identifying and analyzing in the current General Tax Code obsolete, contradictory, inconsistent tax provisions and/or which would not be conducive to investment; to propose not only their removal, but also the solutions and, where appropriate, their change, explaining, for each amendment, the arguments and changes in law and fact; to draft a Book of Tax Procedures, taking into account the objectives mentioned above and pursued by the tax authorities; to design a new General Tax Code that is resolutely modern, incentive-based and inspired by "best practices" in the overhaul of the General Tax Codes initiated abroad (particularly in certain countries of the Economic and Monetary Community of Central Africa (CEMAC) and the Organization for the Harmonization of Business Law in Africa (OHADA)); to unify in the new CGI, the various non-codified fiscal texts (legislative and regulatory, such as the Global Flat Tax (IGF), the Value Added Tax (VAT), the Tax on Transfers of Funds (TTF), the land ownership regime; ...

In short, it is a matter of making available to taxpayers (nationals and foreigners) a document that clearly sets out the taxes to be paid, their payment deadlines and the penalties for non-payment. State coffers will thus be replenished with secure non-oil revenues, expected each year in the national budget.

Two firms have been selected to carry out this work: GKM Audit and Consulting; Ernst & Young - FFA (EY).

The launching ceremony took place in the presence of Jean-Marie Andziba-Epouma, Chairman of the Senate's Economic and Finance Committee, and Maurice Mavoungou, Chairman of the National Assembly's Economic, Finance and Budget Execution Control Committee. 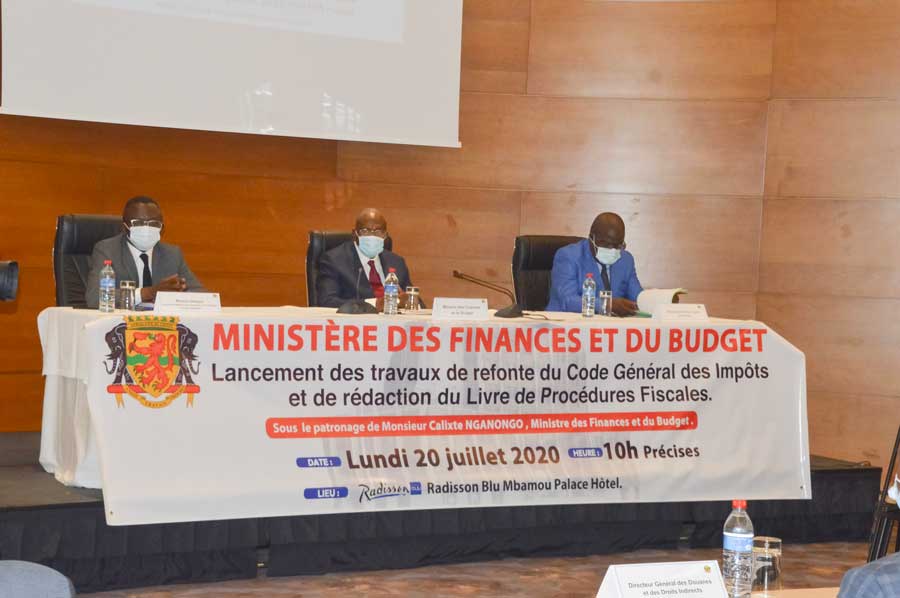